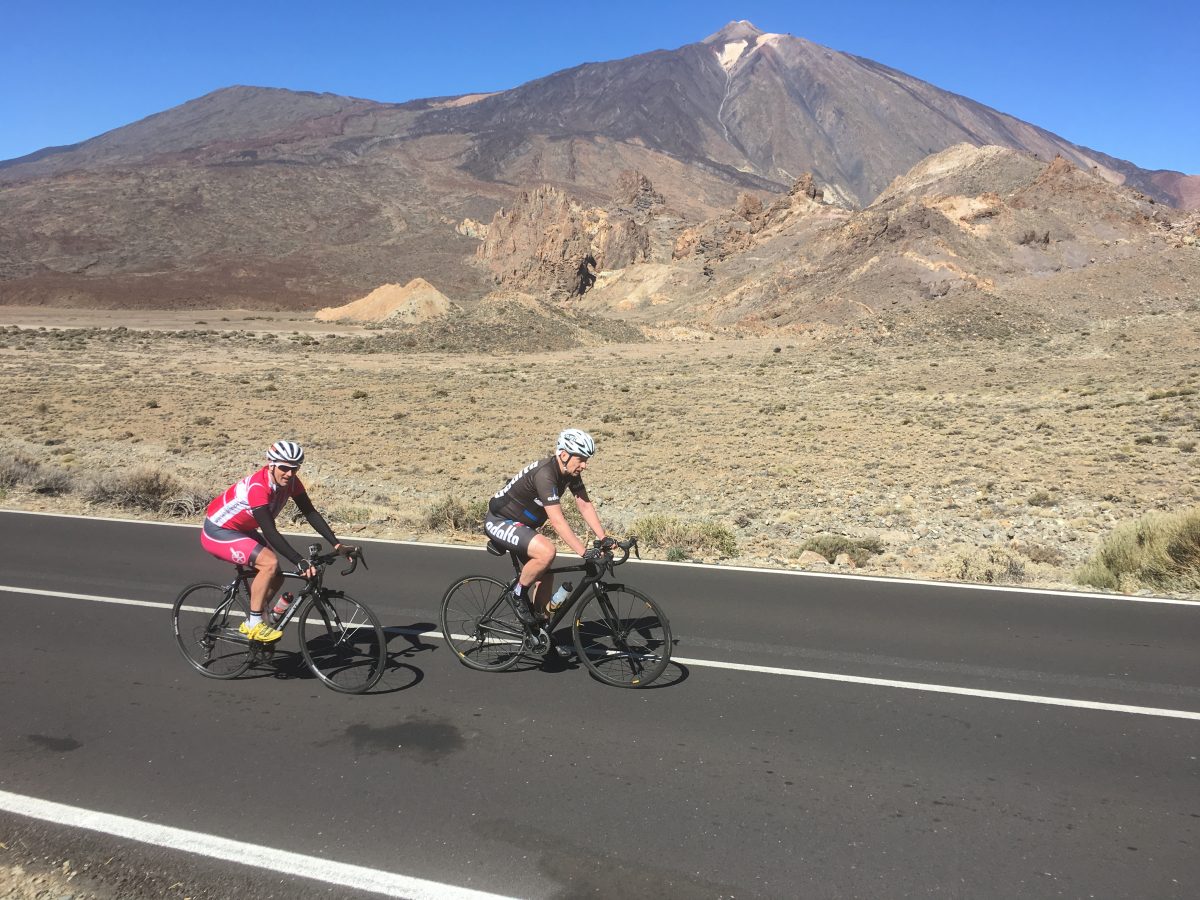 It might sound proactive, exciting or interesting to build intervals into your early-season altitude training camp, but for 99% of amateur riders, it would be a mistake.

Wait a minute, the professionals do them, so why shouldn’t you?

Well, to start with, you are not a professional. As an amateur, you should be wary of copying professional training regimes, especially when taken out of context. It is not because Chris Froome does interval training on the climbs in Tenerife early in the season that you should too.

Unless you are close to professional levels yourself, you have a totally different level of base training load and consequential fitness. You also have rather different objectives for the season (I guess).

Before prescribing what training should or should not be included during an altitude training camp, we need to ask: what is the purpose of the camp? (I am using the term ‘altitude’ loosely here, to cover any training camp that includes lots of climbing, without necessarily sleeping at altitude). In the first three or four months of the year, that typically means Tenerife or Mallorca.

For 99% of amateur riders preparing for mountain sportives and Gran Fondos such as the Haute Route, the Marmotte or the Maratona dles Dolomites, the purpose of such early-season camps is threefold:

Professional riders will add another objective to the list:

The point is, this last objective only makes sense if it will make the difference between winning and losing a race. If you don’t have the level to ride in the lead group, it makes no sense to try to develop the ability to respond to attacks. First develop the ability to stay with the leaders, then think about attacking!

For the immense majority of amateurs, then, the purpose of your early season training camp is to build your aerobic endurance, anaerobic threshold endurance and to work on skills. If this applies to you, it would be counter-productive for you to do any high-intensity intervals during your camp.

The reason is simple: high-intensity intervals take a lot out of you and require a relatively long time to recover. You will inevitably be carrying unnecessary fatigue for the rest of the week, and you won’t be able to work effectively in Zone 3 (Tempo) and Zone 4 (Sweetspot/FTP). If you can’t ride at your normal power output, you won’t be creating the adaptations you came for, and you won’t progress on the performance factors that will really make a difference to you.

Why would you spend all that time and money travelling to Tenerife or Mallorca for your spring training camp and then compromise your week by doing a series of short, intense VO2max and neuromuscular power intervals on the first day? It makes no sense to me. At any Alpine Cols training camp, we would advise against it.

When should I use high-intensity intervals in my training?

High-intensity intervals should be included in the great majority of training plans. However, the relative importance of high-intensity intervals compared to other types of training will vary greatly from one athlete to the next, depending on a wide range of factors, starting with the person’s major objectives, the demands of the event, the time of year, the current level of the athlete, his or her age and any practical constraints, amongst many others. Here is not the place to go into the complexities. Suffice to say that if you are training to finish somewhere in the middle of a mountain sportive or the Haute Route, your absolute priority is to develop your ability to climb for hours at the upper end of Zone 3. By all means do the occasional set of VO2max intervals when you are short of time (e.g. mid-week at work), but don’t jeopardise the value of your training camp by knocking out an ill-advised set of hard intervals on the first day!

Interested in preparing for a mountain sportive? Check out our coaching camps!