The joy of titanium 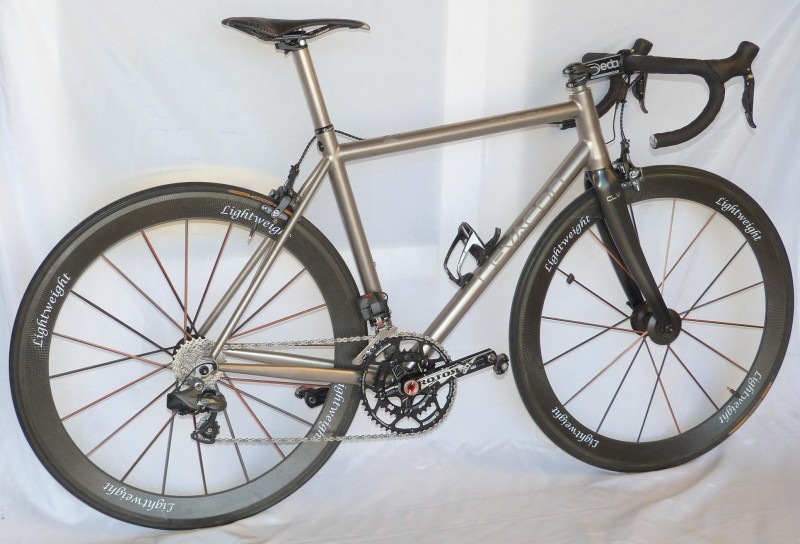 The Joy of Titanium

I want to talk about a materiel used to make bicycle frames that the industry marketing departments hardly ever mention. The reason is simple: it costs too much for the mass market distribution channels. This material is titanium.

The raw material itself is extremely expensive. Several people in the know have told me that the cost of the uncut titanium tubes alone is more expensive than the cost of a fully-finished top-end carbon frame manufactured in Asia. And yet the end-price for the customer is the same!

To the cost of the raw material we have to add the cost of building the frame, which takes a highly skilled craftsman far longer than a machine in Asia.

Carbon fibre is not only much cheaper but also much easier to form into different shaped tubes. The rigidity and the overall feel of the frame are easy to customise. In addition, for the last few years the major brands have been competing with each other to produce the lightest possible frames. These have now reached 650 g for the best, while the lightest titanium frames are around 1000 g (and at this level are on the verge of becoming too flexible). It is not surprising that the major brands have all abandoned titanium in favour of carbon fibre!

Year after year the big brands claim that their carbon fibre frames have gained x% in rigidity and lost y% in weight. The downside of this, of course, is that the frames go out of date and get replaced every year.

A few years ago I decided I had had enough of this. I wanted something long-lasting, individual and timeless, and that responds exactly as I want during a descent. For this, I need to be perfectly positioned on the bike, which must be built with exactly the right angles and front fork design. In other words, I needed a bike made to measure, adjusted to the nearest millimeter. This is impossible with a standard carbon frame.

I therefore decided to invest in a titanium bike, and decided to order it from Jean-Pierre LeVacon (www.levacon.com), a specialist frame-builder in France. I have had the pleasure of riding it now for the past three years, and pleasure it is!

The bike is comfortable on poor road surfaces, stable in descent, precise and agreeable whether I’m competing or just out for a Sunday afternoon ride. The bike weighs around 7 kg, depending on the wheels, but it gives the impression of being much lighter. It is wonderfully responsive when climbing.

The frame doesn’t follow any current fashion, with the advantage that it will never become unfashionable, and I am often complimented on it during my rides. I still use other bikes from time to time, but they all give me the impression of needing more effort.

And passionate as I am for technology, I have become a lot less attracted by… marketing.