Mont Ventoux: how to become a Cinglé

Home » Iconic Climbs » Mont Ventoux: how to become a Cinglé 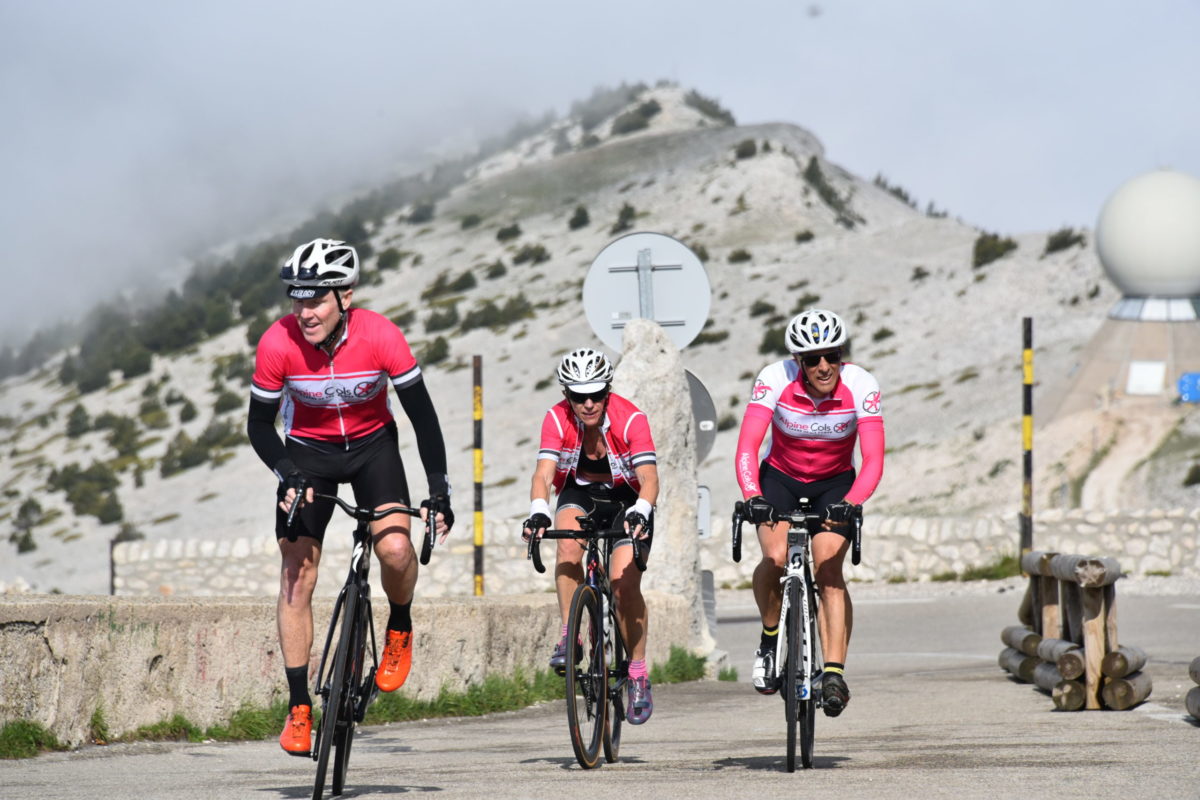 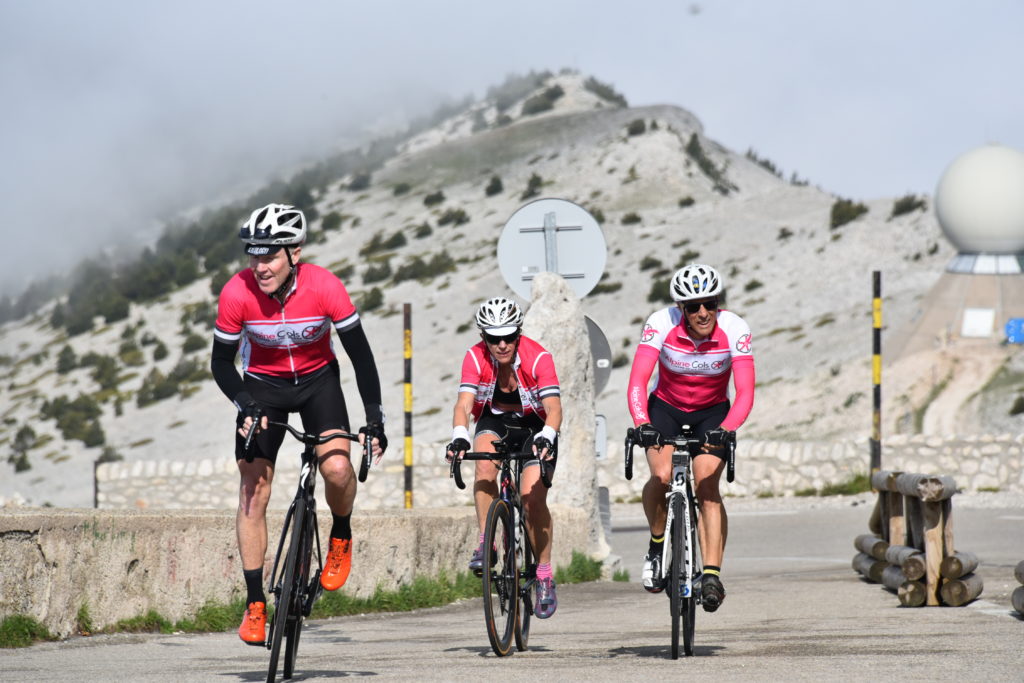 Mont Ventoux: how to become a Cinglé

When I first heard about the Club des Cinglés, I was a very new cyclist. The idea of climbing Mont Ventoux three times in one day seemed complete fantasy, unreachable, almost unimaginable. Roughly translated, to be “cinglé” means you are crazy, a real nutter. The term seemed completely appropriate.

Years later, as time went on and I gained experience in the mountains, I realised that although it remains a significant challenge to climb the famous Géant de Provence three times in one day, it is not superhuman. Any reasonably fit cyclist should be able to do it, so long as the conditions are good and he or she rides at a sensible pace and refuels properly throughout the day.

I did my own first Cinglé with a group of Alpine Cols guests in 2019. It took us a respectable 7h30 to complete the 139km and 4,300m of climbing. I never expected to do the next one for television…

The national broadcaster France Televisions contacted me in early May this year, to do one of a series of short programmes to be aired during the daily 1 o’clock news in the week leading up to the Tour de France. Each programme was to follow cyclists engaged in a substantial endurance challenge. The first idea was to follow me on the Tour du Mont Blanc, but this fell through due to date constraints.

And so it came about that at 06:15 on June 16th Jean-Michel and I set off to do a Cinglé together, accompanied by a journalist, a camera operator, a sound technician and a drone pilot…

History of the Club des Cinglés

Why climb Mont Ventoux three times, you may ask? Why not twice, or four times? The reason is simple: there are three different roads. While cyclists had been climbing Mont Ventoux for many years, and doubtless some of them had already done so three times, the idea of forming a club around the triple ascension exploit came to Christian Pic in 1988. Since then over 15,500 persons have officially joined the club, and 348 have even become Bicinglés (a double Cinglé in the same day, i.e. 6 times up, twice by each route!)

If you too would like to join the club, you will find the details here on their website.

The most frequent way to do a Cinglé is to climb first from Bédoin, next to descend to Malaucène and climb back up, and finally to descend to Sault and return to the summit for the third time, finishing with the final descent back to Bédoin.

The logic in doing it this way round is that the climb from Sault is the easiest so it is best to do it last. Cyclists often argue about which of the two climbs, from Bédoin or Malaucène, is the harder. The statistics are almost identical, with in both cases around 21km and 1600m, but the route profile is very different. Bédoin is a more regular climb, rarely exceeding 9%, while Malaucène offers much more variation in the slope with long sections at over 11% interspersed by easier sections. The choice of whether to start in Bédoin or Malaucène often comes down to where you are staying.

Become a Cinglé with Alpine Cols

Why not join us for five days cycling in the fabulous Ventoux/Luberon area next year? There are hundreds of kilometres of delightful roads to explore within a day’s ride of Bédoin, as well as the famous mountain itself. 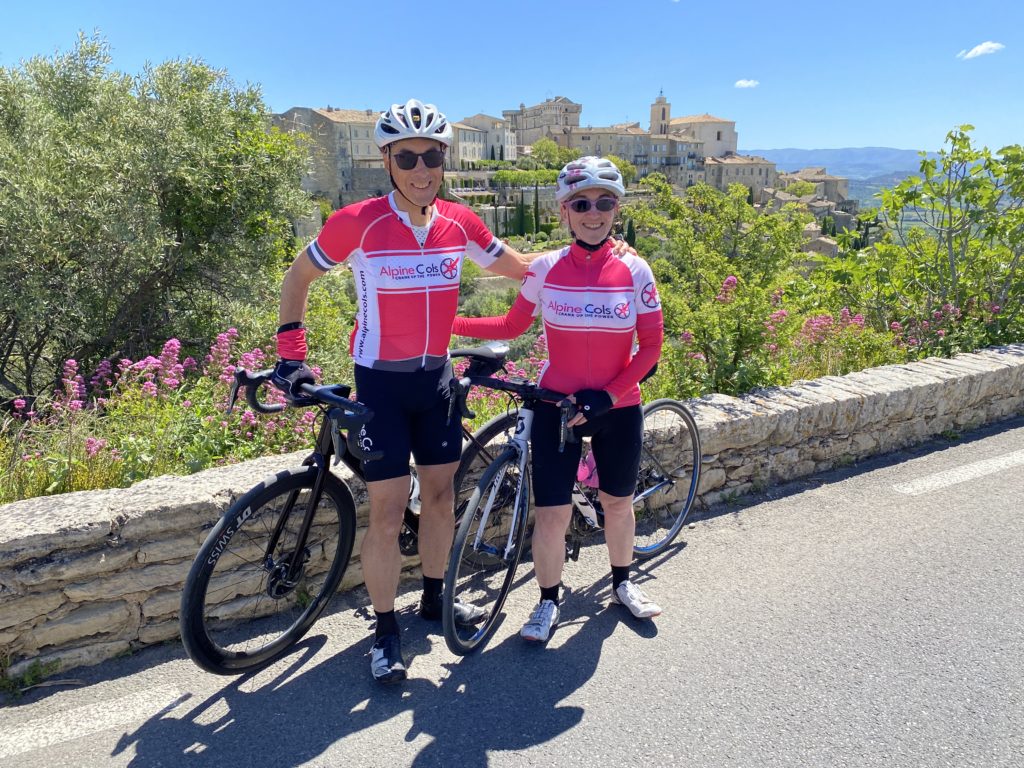 We will be organising a trip in May 2022: watch this space for the dates. Contact us to register your interest!