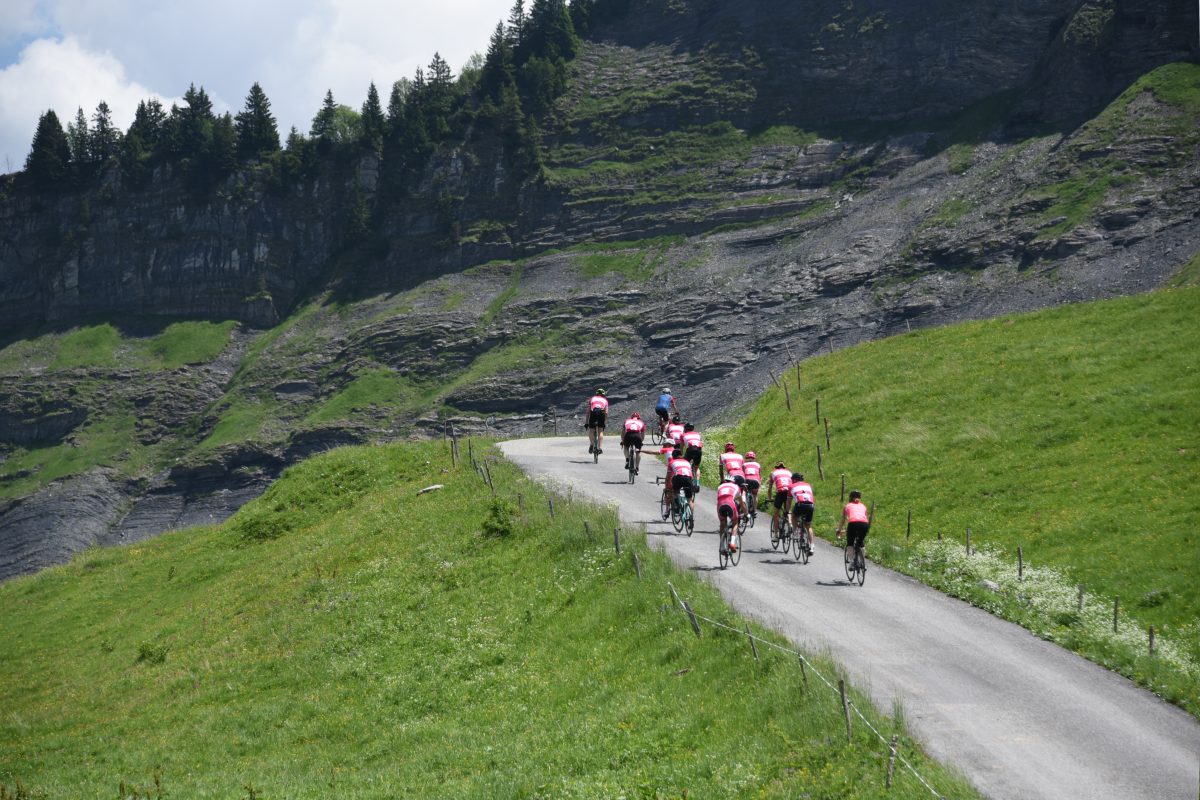 We are very fortunate to have 27 different climbs that can be cycled in a day’s ride from our base in La Clusaz. After three years, it is time to change and renew the regular routes!

We’ll still keep the famous Tour de France climbs of course, and especially those that were in the 2016 Tour: the col des Aravis, the Colombière, the Forclaz and the Saisies. We have changed direction on the Forclaz and the Colombière so that we follow the same route as the Tour, and we have added the Saisies via Bisanne. We’ve also included some other climbs we rode less often during the last 3 years: Joux Plane, the Ramaz, the Glandon, the lacets de Montvernier, the Madeleine and our personal favourite, a little gem called the col de l’Arpettaz.

Read on for a short description of each of these climbs, and click on the links to learn more.

The col de Joux Plane is without doubt one of the hardest in the northern Alps, as anybody who rode the 2016 Etape du Tour will tell you. Starting at Samoëns, it rises “only” 11.6km, but at an average of close to 9%. Above all, it is unrelenting and on a sunny day can be very hot.

The climb to the col de la Ramaz starts either in Mieussy or in Taninges. We prefer to climb it from Mieussy, in which case it rises 960m over 14km. There’s a tough section around 10% through the avalanche tunnels, but the view is spectacular and one is soon rewarded by the easy ride around the Sommand plateau for the last 3km.

The Glandon is of course one of the giants of the Alps, close to the 2,000m mark. It is a 24km ride from La Chambre, with 1,472m to climb. It pays to maintain a steady pace and keep something in reserve: the final 2.5km are the toughest at 11%. After summiting the Glandon, we’ll probably go on to the Croix de Fer, which is just another 3km and 150m of climbing after a short descent from the Glandon.

The Lacets de Montvernier were introduced to the world during the 2015 Tour de France. An amazing stack of tightly linked switchbacks carved into the rock face, they are only 3km long but leave an indelible impression. They lead on to the col de Chaussy, which after a short descent brings us to the Madeleine.

The col de la Madeleine is another giant, and a seriously tough climb from either side. From La Chambre (or the col de Chaussy) it is a pretty relentless 9% all the way. It is less regular from the other side, with a 3km descent in the middle to break up the climb and spin the legs.

The col de l’Arpettaz can easily be included on a 100km, 2,500m loop from La Clusaz. It is a delightful road with almost no traffic, only known to the locals. It winds up for 16km above Ugine through orchards and fields and then a magnificent beech forest before reaching the high Alpine pastures. There are no less than 40 switchbacks over the 1161m climb, making this a real treat!

All these climbs are now included in our regular week at an Alpine Cols training camp. Come ride them with us!