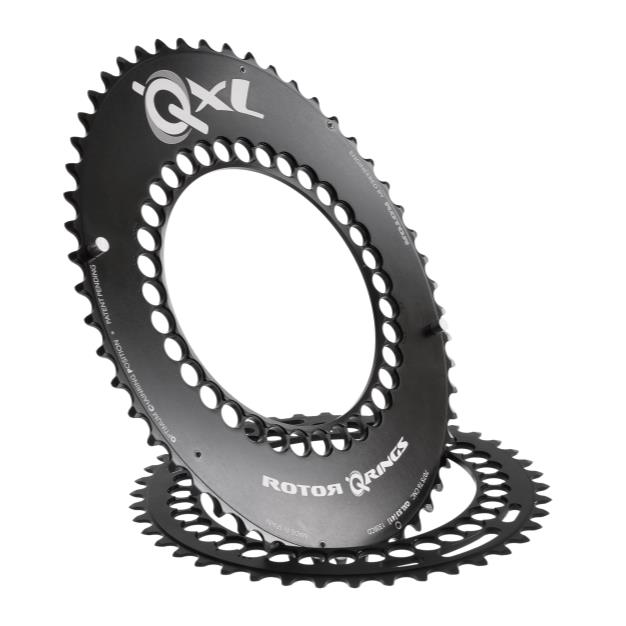 A lot has been said and written about oval chainrings. Of course, the manufacturers push their tests, claiming that they are faster and/or help the rider produce fewer lactates. In terms of race results, as long ago as 2008 Carlos Sastre won the Tour de France with Rotor Q-Rings oval chainrings (disguised as FSA, one of the team’s sponsors at the time). More recently, Bradley Wiggins and Christopher Froome both won the Tour de France and many other races with O’Symetric chainrings. This leaves no-one in any doubt that they can perform at the highest level.

But do they really make a difference?

I personally have used a set of Rotor Q-Rings since 2005. It adds up now to a total of more than 120,000 km that I have cycled with oval chainrings, with short intervening periods on standard circular chainrings.

The fact is that it is difficult if not impossible for me to say whether I cycle faster with these chainrings. There is no easy way to determine what my performance would have been on any particular day if I had been using round chainrings instead of oval ones. In fact, on my reference climbs, my times are pretty much consistent, no matter which chainrings I use.

However, what I can say is that I feel less tired, my muscles have fewer toxins and I can push myself further when I am using oval rings. This seems to be the case for the majority of cyclists that I know, and in particular for triathletes, who stand to gain the most by a reduction in fatigue, since they have to start running as soon as they get off the bike.

The only limitation I have noticed after all these years is that the Rotor Q-Rings have the long term effect of making me pedal (too) slowly. The result over time is to cancel out the reduction in fatigue. Other people have told me they had the same experience. There are a couple of ways to avoid this happening: either change back to a standard set of chainrings during the winter in order to retrain the legs to pedal efficiently, or impose oneself a regular series of high cadence exercises during training.

The bottom line: nine years of experience have convinced me to stick with oval chainrings. I recommend you give them a try!