Progress and a new challenge! 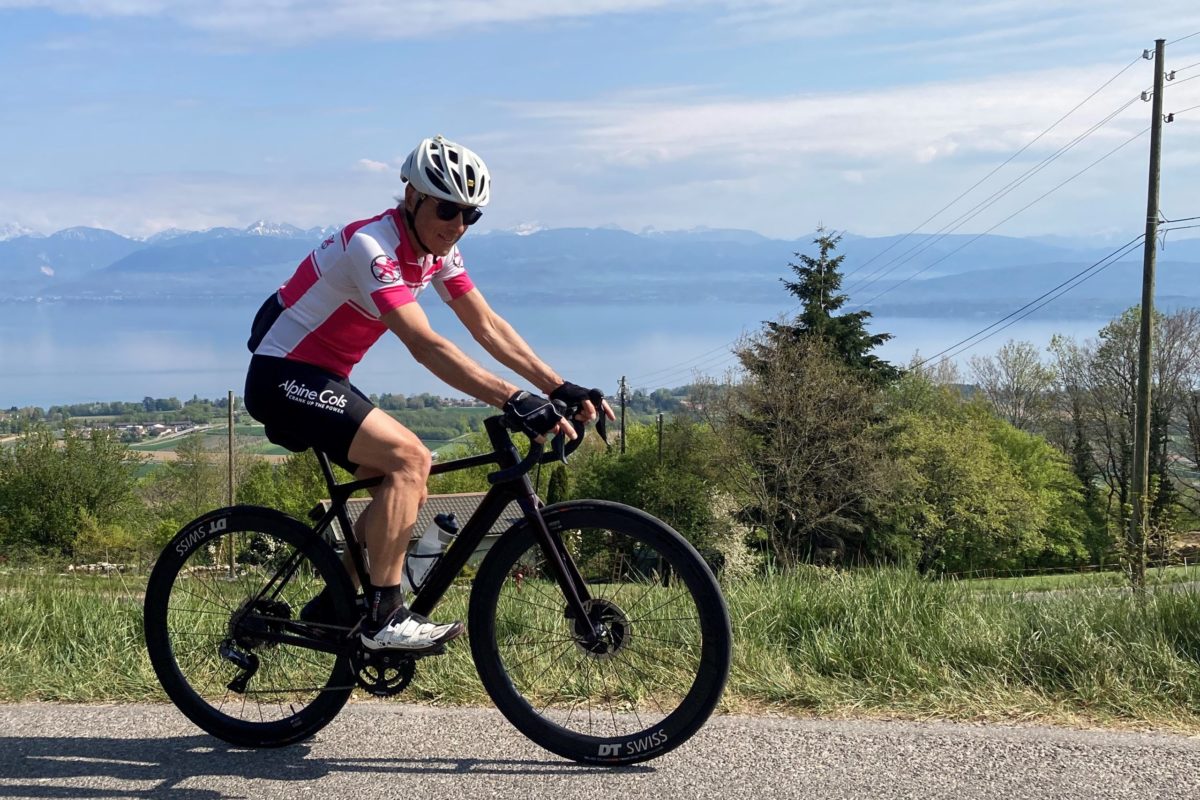 In my last blog I talked about personal goals in these uncertain times and how I had adjusted my goals to allow for disappointment. Back in April, I was still hoping to ride the Tour du Mont Blanc as my main objective, but already preparing for possible cancellation. Since then it has indeed been cancelled, for the second year in a row!

Disappointing indeed, but not a disaster. We decided to organise the Tour ourselves, over two days, and invite anyone who wanted to ride it to join us as a recce for 2022. We will thus be a group of 14 to do the Tour on 17 & 18 July.

So what about my goals? These are the ones I set for the period April 1st to June 30th: 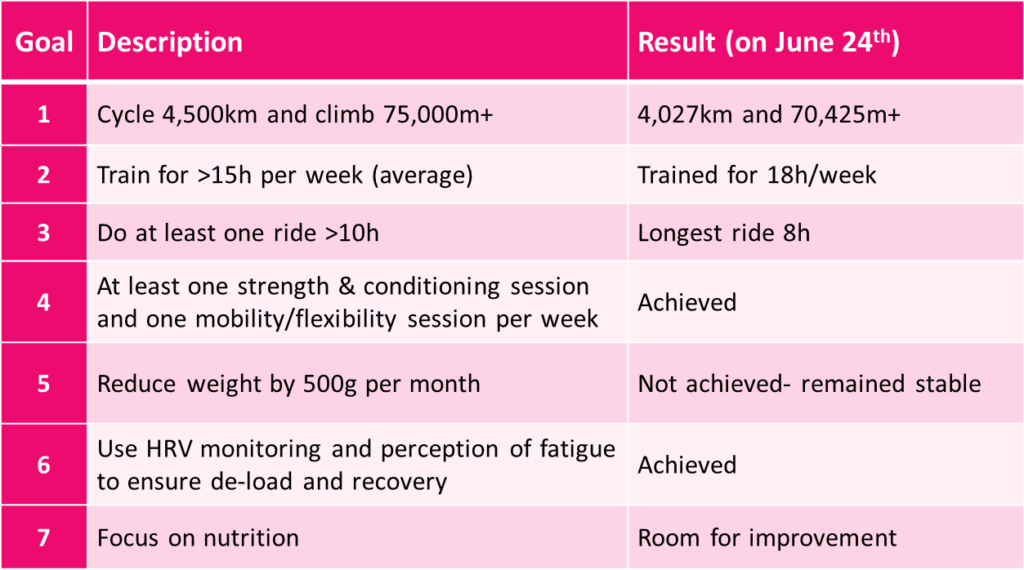 As of today, the results are a bit of a mixed bag. By June 30th I’m likely to have achieved the distance and climbing goals. The goal of a 10h ride has less relevance now that the Tour du Mont Blanc has been cancelled, so I may drop this one.

The strength & conditioning sessions are proving beneficial with clear improvements off the bike. It is not yet obvious whether they have resulted in improved performance on the bike, but at my age (62) I should probably be content with maintaining my performance (as evidenced by recent 5min and 20min tests).

I have been religiously taking my HRV (Heart Rate Variability) readings every morning. With one or two rare exceptions they have remained within the normal range, indicating that my body is accepting the training load.

Weight has been a bit of a disappointment. I took 3kg off in the first three months of the year – reaching my lowest weight for 45 years – and have been stuck since. The reason is simple: I have lacked the motivation to continue the needed calorie restriction, preferring to “fuel the rides” and eat well afterwards.

The cancellation of the Tour du Mont Blanc left me searching for a new challenge. I wasn’t sufficiently motivated by “the numbers” to do the Swiss sportive the Tour des Stations, which has a similar amount of climbing to the TMB but lacks the attraction of being a loop around Europe’s highest mountain. I briefly considered “Everesting” on a local hill before concluding that was essentially futile.

I have finally settled on riding the Cent Cols Challenge Corsica in October. Over ten days of riding (with one rest day) we will cover almost 1900km and climb over 38,000m, all on the beautiful island of Corsica. A quick calculation shows this to be an average of 190km and 3,800m+ per day, for ten days, which should be enough of a challenge for me!

I’ll write more about my preparation over the summer, and of course a full report after the event itself.

In the meantime, stay safe and enjoy your riding!

I was to do my first CCC last month–but it was cancelled, alas! I’ll be looking forward to hearing about your training, your triumphant adventure in Corsica and, perhaps most of all, your post-ride debrief afterwards (what worked, what didn’t, what you’d do differently next time), which will be enormously helpful as I train for next year’s CCC Classic Alps route in August. Good luck!

Thank you Chris! Sorry to hear your CCC was cancelled – probably inevitable given the situation, but still disappointing after all your hard work. I’ll certainly be posting my rides at the Corsica event in October on Strava and will write up my experiences in a post here a few days after the event.