Threshold or Polarised: why should you care?

Home » Performance Tips » Threshold or Polarised: why should you care? 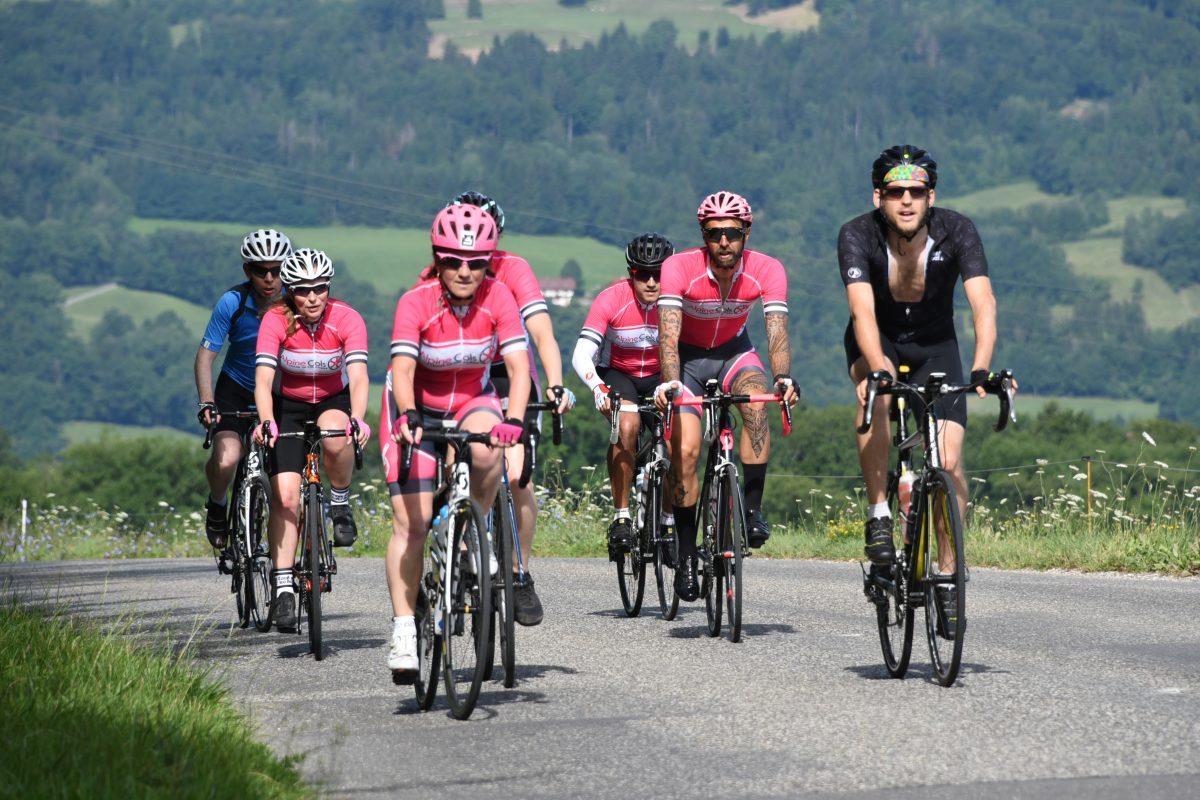 If you are like most amateur cyclists, you probably follow a threshold training model to improve your performance. This means you ride as much as possible in the tempo and threshold zones (Zones 3 and 4 on the standard seven zone model), perhaps aiming at the so-called sweet spot, the upper end of Zone 3 and lower end of Zone 4.

This is fun, and it works (at least for a while). You may have read, however, that for many amateurs, the easy rides are too hard and the hard rides are too easy.

Most professional cyclists, on the other hand, follow a polarised training model, in which 80% of their training is in Zone 1 or 2 and at least 10% in Zones 5, 6 and 7. They specifically avoid training in Zones 3 and 4. See Fig. 1 (below).

⇒ Polarised training has been shown to be more effective than threshold training for endurance athletes.

If this is true (it is) why do many coaches still prescribe large amounts of threshold or sweet spot training for their amateur clients?

There are several possible reasons for this, but one of them is that many amateur riders have limited time to train and dislike training at low intensity, feeling that it is a waste of time.

Another reason is that it may give better results for the first 3-4 years of a typical cyclist’s development, until you reach the inevitable plateau where something has to change.

It is also true that it’s more fun to go out and smash it on a club ride for 3 or 4 hours than to plod along at endurance pace. And who doesn’t feel under pressure from Strava to try and pick up a few PR cups each ride?

HOWEVER, if you have reached a plateau and you are are seriously interested in your performance, you should consider changing the way you train.

Read on for the details!

“Ride as much or as little or as long or as short as you feel, but ride!”

Eddy Merckx’s famous quote is still the best guide for any beginner cyclist. The most important thing when starting out in cycling is to develop a love for the sport. Taking simple pleasure in turning the pedals, feeling the wind in your hair and enjoying the companionship of other cyclists are way more important than doing interval sessions on a turbo trainer.

For some riders, however, there comes a time when the pastime becomes a sport, and the sport becomes a passion. From that time on it is a single-minded quest for performance, and no magazine or blog article is left unread in the search for the magic bullet.

One of the controversies you’ll soon come across in this quest is how much time to spend riding at the various intensity levels. Two schools of thought are opposed: the Threshold training model and the Polarised training model.

If, like many riders, you do most of your rides as hard as you can, you are following the threshold model. The logic is specificity, or in other words train under conditions as close as possible to your main objectives. If you are training for criterium racing, you should do a lot of very hard one hour sessions. If you are training for sportives, you should do plenty of long training rides at tempo pace and all the climbs as close to threshold as possible. And so on.

Very few amateur riders (amongst the few hundred who we know) follow the polarised model, which calls for avoiding the tempo and threshold intensities during training in order to focus on the two poles. In the polarised model, most of your training is at moderate endurance pace, well below threshold, and a relatively small amount of time is spent above threshold, in the VO2max and anaerobic zones.

So which is better?

The research: threshold vs. polarised

A lot of research has been done over the past 6-8 years providing evidence that the polarised model produces better results. The research falls loosely into three categories:

1. What do world class athletes actually do?

In their 2009 paper, “Intervals, Thresholds, and Long Slow Distance: the Role of Intensity and Duration in Endurance Training” Seiler and Tønnessen cite numerous empirical studies of elite professional athletes (across all major endurance sports: running, swimming, cross-country skiing and rowing as well as cycling) that show that they have all adopted the polarised model.

To add a personal anecdote, I spent 3 days with the AG2R La Mondiale development team in February 2017 observing their training methods. They have adopted the polarised model with considerable success: Benoît Cosnefroy who was with the group in February became the U23 Road Race World Champion in Bergen. Cosnefroy was quoted in Vélo Magazine (Nov. 2017) saying that he is the “king of polarisation” and that some riders don’t like training with him because it feels too easy.

The video shows the last 25s of a 5′ maximum effort by one of the AG2R development riders.

2. What happens if you compare the two models in a controlled trial?

In their 2012 paper comparing the two models “Six weeks of a polarised training-intensity distribution leads to greater physiological and performance adaptations than a threshold model in trained cyclists” the authors Neal, Hunter, Brennan, O’Sullivan, Hamilton, DeVito, and Galloway describe a test in which a group of 12 well-trained male cyclists were first detrained and then assigned at random into one of two groups. One group followed a threshold model of training for six weeks, while the other followed a polarised model. Both groups were then detrained for four weeks and then crossed over to follow the other training model for the next six weeks. The riders on the polarised plan trained on average for 6.5 hours per week, while those on the threshold plan trained on average for 7.5 hours per week. The results were that the polarised training model resulted in greater improvements in peak power output (+8% vs. +3%) and in lactate threshold (+9% vs. +2%) than the threshold model, in spite of a lower overall training volume. These differences are statistically significant.

This counter-intuitive point seems worth emphasising: in a well-designed trial, it was shown that polarised training (i.e. NOT training at threshold) gives a better improvement in performance at threshold than threshold training itself.

3. Why is the polarised model more effective than the threshold model?

I haven’t found any research that proves the reasons beyond doubt, but a promising explanation is in a paper by Balsalobre-Fernandez, Tejero-Gonzalez and del Campo-Vecino: “Relationships between Training Load, Salivary Cortisol Responses and Performance during Season Training in Middle and Long Distance Runners”. They showed that threshold training results in sustained high levels of cortisol. Whereas a short-term rise in cortisol is often beneficial, a sustained rise promotes the breakdown of body tissues and is thus potentially harmful.

Without going into technical detail, scientific opinion seems to be that in a polarised training plan the long, slow rides provide the physiological adaptations required for strong aerobic performance, while the short High Intensity Training (HIT) sessions create the adaptations needed for improved performance at and above the lactate threshold. Training frequently at threshold, on the other hand, provides no advantage while adding stress which is ultimately detrimental to performance.

To put it another way, if you hammer most of your rides at or around the sweet spot, you are likely to suffer two negative consequences:

1. You will be too tired to execute a subsequent high-intensity session effectively,
2. Your muscles will never have enough time to repair and rebuild.

The professionals do things differently, and for a reason!

Making a significant change to your training is not a trivial thing to do. Things are very rarely black and white and achieving a real performance improvement through polarised training requires careful design and the right conditions. In training design, there is no such thing as one size fits all: every individual is different. Beware the off-the-peg training plan!

This is quite a complex topic, so before taking the leap, consider the following factors:

The polarised model is probably most applicable to experienced, focused cyclists who have plateaued after 3-4 seasons of improvement.

If you don’t have the time to dig into this yourself you should consider hiring a professional coach. If you find the right person with the right experience, they will soon identify what is right for you at this moment in time.

Between us, the Alpine Cols coaches have ridden over 25 Haute Route and countless other sportives such as the Etape du Tour and the Marmotte. We have coached hundreds of riders at all levels, up to and including national champions.

Please contact us for an initial chat about your coaching needs.